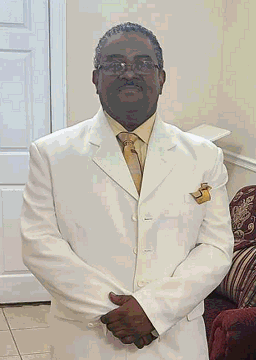 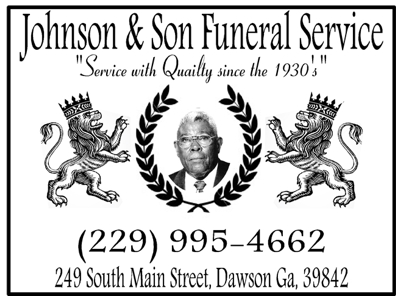 Johnson & Son Funeral Service was originally established as Moore’s Funeral Home in the early 1930’s; under the direction of Joseph Moore. Mr. Moore diligently served Dawson, GA and surrounding counties until his death in 1968. Following his death, his grandson, Nathaniel Johnson assumed directorship of the funeral home until his health failed.!

Johnson & Son Funeral Service knows that in the event of death of you or your loved one, the family that is left behind must live on. With that in mind, our prices are reasonable and affordable. We can truly say that we are a family owned and operated establishment; we value the concepts of togetherness in a time of sorrow. We treat each and every family as if it were our very own. In the event that you lose a loved one, call on the Johnson & Son Funeral Service Family and watch how you and your family will be greatly satisfied.